Twisted Spoon Press not only heads the league table of publishers named after transformed cutlery, but is a fine house of letters by any measure.  They kindly sent me for review their recent publication Miruna, a Tale, a Romanian novella by Bogdan Suceavă which continues the mission of the press to introduce Anglophone readers to excellent and overlooked literature from Central and Eastern Europe. 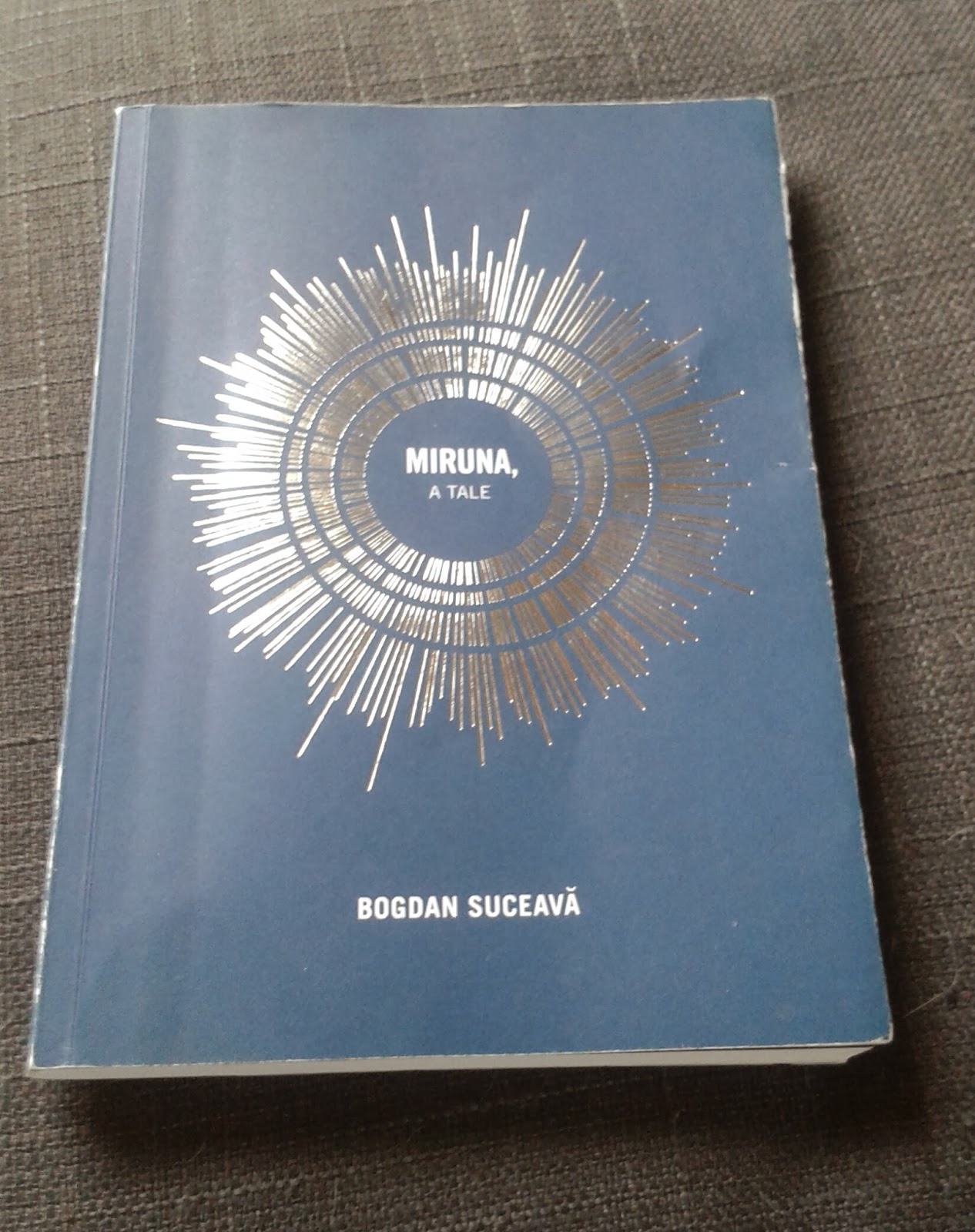 I hesitate to say Miruna is a story about stories, because that description can invoke notions of a rather dry, smugly self-regarding kind of writing which does not engage on any personal or emotional levels.  Perhaps I should offer it as a beautifully-drawn map, which describes the borders where stories meet people and which charts some of the phenomena that arise from those encounters. The most basic description of the book would be that it is a collection of autobiographical and folk tales told by a grandparent to two young children (a brother and the titular sister), but the layering of the stories, of the different chronologies and histories involved and of the effects that story-telling and stories have on people and society is so beautifully and subtly executed that any such bare outline would be an injustice.  The soft blurring of memory, legend and fact begins early, when we are told that the grandfather with whom the children are being sent to stay was prone to cursing:


so fiercely that little tornadoes would whirl the object of his curse up into the air and cast him ten paces yonder.

a passage which typifies the humour and elegance of the book's prose.  Miruna deals with mysticism and magic very deftly, as rich Romanian legends are interwoven with and blend into factual matter, and the local priest struggles to stem the flow of superstition and spell-casting which pervade his flock. This conflation of the quotidian and the fabulous is symbolised by the description of the entrance to a secret, miraculous underground chamber which is central to the book; it is guarded by

a pair of cherubim armed with broadswords and old bandit pistols, of the kind that can crack open the padlock of heaven with a single, well-aimed bullet.

This sentence, not uniquely in the book, sent shivers of pleasure through me and lay fresh and vivid in my mind for some time after reading it. Another prism through which Suceavă blends fact and fiction and the responses to them is the political - when, for instance, the grandfather wonders about the legitimacy and relevance of stories in the official communist newspaper and when the commander of an occupying army unit is harried to distraction by the search for a bandit leader who is either long dead, or legendary, or both.

The people of the Carpathian village in which the book is set are beautifully evoked, and the relationship between the grandparents and the children tenderly and well-observed, with an especially moving and mystical denouement which involves a harmonious and transcendent summation of the book's themes without ever straying into pretentiousness or mawkishness.

This may not be the most conventionally reliable guide to Carpathian history and culture, but I suspect it is one of the truest you are likely ever to read.
Posted by davidreadersite at 08:07